Last year, I found out about YALC via Twitter….this year was my first time attending YALC! I had a great time, managed to meet some authors, and, of course, came home with some books! So let’s have a look at what I got up to…

There are some brilliant cosplayers in the world, and I always love going to conventions to see all of the creative ways people have been inspired by their favourite characters. Thanks to my bestie Stacey for these amazing photos of me with some cosplayers! 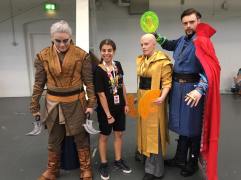 Had some books signed

I took a couple of books with me to YALC in the hopes that I would get them signed, and luckily I managed to get Ink by Alice Broadway signed, which I was thrilled about! You can see me below having a little moment while she signs…
I also bought ‘Indigo Donut’ and ‘A Change Is Gonna Come’ at the convention, managing to get them signed by Patrice Lawrence and Aisha Bushby, as well as both me and Stacey grabbing a copy of ‘The Loneliest Girl in the Universe’ and getting them signed by a very space-themed Lauren James. 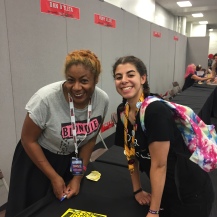 I saw some great people at YALC; some were authors, some were twitter folk, but it was so cool to see people and to say hi! Of course, I took some selfies because I love a good selfie! 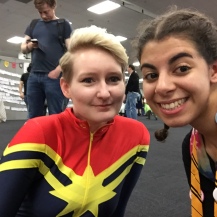 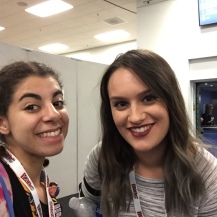 We both had tons of fun at YALC – we collected as many badges as possible (Stacey won), got chatting with lots of different people about books, I met a few people from the twitter book community, and we even had a little trek around LFCC. LFCC was far too busy though, but we did briefly get to glance at Dan Fogler, Matt Lucas, and some other stars of the TV and film world! Oh and Natalie Dormer walked past us just before we were about to leave, so I was very much in awe of her! I think I’ll definitely go back next year to have tons more bookish fun! 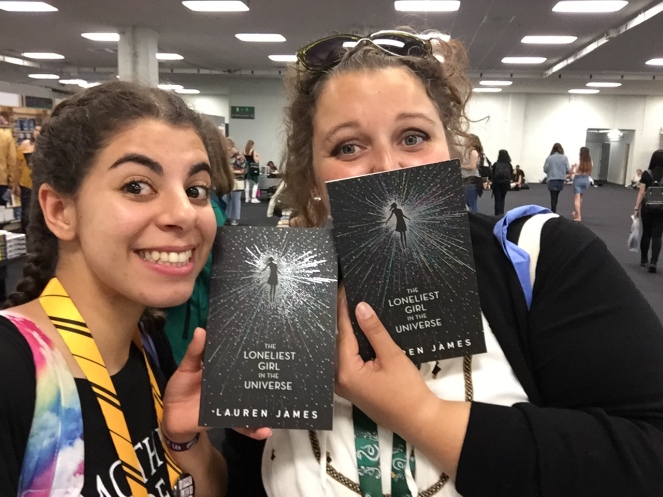